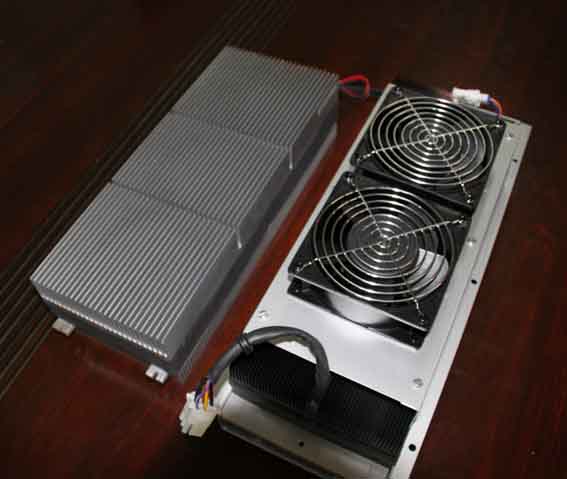 
Xianghe North China Cooling Device Co.Ltd is a high-tech listed stock company.She has several factories such as North China Cooling Device Factory, North Special Glass Factory,Electric-Controlling Cooling Device Factory, Vttrolite Factory,and system Maker The Company occupies an area of 34,000 m2 with a covered area of 23,000 m2 There are 410 employees serving for the Company, amongst them 55 are technical staffs. The Company is a state owned medium-sized first class enterprise with total assets of RMB63 million. The leading product of the Company is semicon cooling device, which is a new cooling technique utilizing the notable peltier effect of semicon couple. The product has the characteristics as being small in volume, light in weight and of long length of life and high reliability. Therefore it is widely used in military,aviation,electronics, medical and other civil areas. The product has gained a good fame and is so welcomed by the customers at home and abroad that now it is sold to more than 20 countries and districts such as Europe,North America,South-east Asia,HongKong and Taiwan. The Company adheres to the following developing strategy, "producing benefit from enlarging production scales and promoting production by improving quality of products" ,In 1996,the renovation project of semicon cooling technique carried out by the Company was listed in the "Eight-five Program" and¡°Double adding Project¡±of the State Council of the People's Republic of China. The Company's annual output capacity of cooling devices has reached 1.5 million pieces and thus she has become the world's largest semicon cooling device maker. On Nov. 28,1997,The Company has successfully obtained ISO9002 authentication and become the only Chinese enterprise who had obtained this authentication in this field.Her product now is of the best quality among the same kind in the world. Taking the advantage of the dominance of the best quality and large production scales of the cooling device, The Company has developed a series of cooling systems,among which the semicon cool/hot water-drinking machine has been brought into mass production. The product has gained very good fame after releasing because of its aethetical appearance and reliability. Taking "unity,struggle,reclamation and advance" as her spirit."providing high quality,reliable products to customers" as her ideal. "developing semicon cooling technique" as her aim the Company will contribute much more to the world's progress and development in the new and high-tech arena. More+