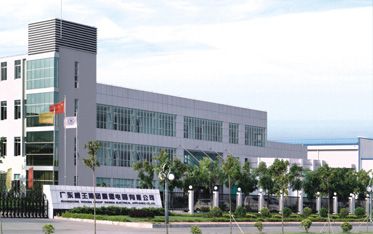 Guangdong Weking Group Co., Ltd. is one of the largest electric rice cooker manufacturers in China. Founded in 1995 in Jiuzhoujiang Economic Development Zone in Lianjiang City, with several years' unremitting efforts, our company now has developed into one of the most professional, largest, strongest domestic electric appliance producer combining the R&D, production, and sales in the industry.

Weking started our brand development strategy to realize our second transformation of becoming a large-scaled OEM supplier. In June 2006, Weking Group Shunde Marketing Co., Ltd made our formal appearance in the world and began to break into the domestic electric appliance market. In Sept. of the same year, Guangdong Weking Group came into being, which marked that Weking formally began to walk towards a group.

In 2007, Weking established a new factory manufacturing blenders, kettles, coffee makers and refrigerators. All these new products are of the latest fashion design, and reach the strictest test requirement.

Weking's internationalization runs stably and rapidly with our international sales network covering more than 30 countries and regions including Southeast Asia, Europe, North America, Africa, and Oceania. Weking has built up 50 branches, over 3,000 retail points, and over 2,000 after-sales service and repair points, covering 30 provinces, municipalities, and autonomous regions. Guided by the service tenet of honest management and mutual benefit, Weking's marketing strategy is to win a long-lasting victory in the fierce market competition.

Weking people persistently spur themselves to forge forward and the leadership make full use of the management strategy of "putting people at the first place and treasuring, cherishing, respecting, utilizing people" and the principle of "respect, modesty, innovation, difference, activity, persistence" to carry forward and extend the connotation of our company culture.