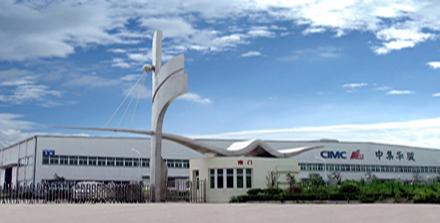 Auman, North Benz, the modification of the well-known brand car production base. The main products are semi-trailer, full trailer, dump trucks, tank trucks, vans, steel castings and cast iron parts of seven series over 1000 varieties.
The company currently employs more than 1,000 people, including more than 300 engineering and technical personnel and professional and technical staff with intermediate professional titles, with more than 200 items of the various national patent technology. The company has a complete product development, manufacturing, inspection and testing, and marketing system. Product sales network has covered the country, and exported in large quantities to the United States, Sudan, Russia, South Africa, Vietnam, India and other countries.
Company's technology center in 2002 was named the provincial technical center; 2004 and 2008 for two consecutive terms to the impressive results of operations selected 500 of the China Machinery Industry; May 2004 identified by the provincial government of Henan Province, Special Purpose Vehicle production base and one of the one hundred key enterprises in Henan Province; production and sales of leading products semitrailer for eight consecutive years ranked in the same industry; been rated as advanced technology enterprises of foreign investment in Henan Province in June 2007; 2008 6 menstrual national human Resources and Social Security, the Ministry approved the establishment of a post-doctoral research station.
The company in recent years, a total investment of nearly 1.3 billion yuan for the project construction. Where to invest 500 million more than the first year of the design production capacity of 200,000 tons of foundry company relocation project is located in the western section of Cedar Avenue, a project and two projects had been completed up to production, now has an annual output of 100,000 tons of Auto Parts and Accessories production capacity. Jumbo Industrial Park is located in the eastern section of Cedar Avenue, approved by the Henan Provincial Development and Reform Commission, started construction since early 2003, a total investment of 700 million yuan, covers an area of ​​more than 1,000 acres, built in three phases. Has now reached 150 units of production capacity of a wide range of Nissan vehicles.
Constant adjustment and technological upgrading, the company to 50,000 units in 2012 an annual output of special purpose vehicles, automotive parts of 200,000 tons, annual output value, sales revenue of 8.0 billion, 500 million yuan of profits and taxes, new jobs 3000 more than one. Not only to a certain extent eased the pressure on local government re-employment project, a more prosperous local economy, relay city of peace rise to make some contribution.