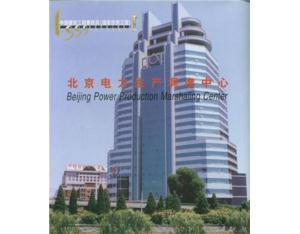 
China State Construction Engineering Corporation (CSCEC) was established in 1982. As a state-owned important and back-boned enterprise under the administration of the Central Government, CSCEC has operated actively in both domestic and overseas markets with construction and real estate business as its core business.Under the guidance of the reform and opening-up policy of the Party and government, with correct leadership of higher authority and warm assistance of all sectors of society, and through hard work of the leaders and staff for decades, CSCEC has become the largest construction enterprise and the largest international contractor in China. It has been listed as one of the world top 225 international contractors by ENR since 1984, ranking 16th in 2002. CSCEC has also been ranked the first for international economic cooperation among China’s top 500 service enterprises since 1994. In the list of China’s top 100 important enterprises in 2002, CSCEC was ranked 10th by annual sales and 12th by assets. From its foundation in 1982 to the end of June 2002, total contract value of CSCEC reached RMB 502.6 billion and its turnover arrived at RMB 434.7 billion, of which oversea contracts and oversea turnover accounted for 28% and 30% respectively. By the end of June 2002, CSCEC’s total assets amounted to RMB 74.1 billion, far ahead among the enterprises in China’s construction sector. °°°°°°°°Confronting with new situations after China’s entry into WTO, CSCEC now, with completely new ideas, scientific management and fine-quality services, strictly follows the development thought of commercialization, systematical operation and scientific management, focuses on sorting out the relationship between parent company and its subsidiaries, optimizes allocation of resources, and actively promotes the readjustment of the property rights and industrial structures of 5 key backbone enterprises and 12 traditional backbone enterprises including 8 engineering bureaus and 4 design institutes. In this way, CSCEC will strive to become one of top-ranking transnational enterprises in the world.