Founded in 2000, LONGi Green Energy Technology Co., Ltd. (hereinafter abbreviated as "LONGi ") is the most valuable solar technology company in the world. LONGi is on a pathway from the industry change driven by product innovations to the innovation and transformation of a world energy landscape relied on technological innovations. From solar materials, solar power generation equipment to systems solar power stations, we provide a full range of services for solar power generations.

Depending on its strong technological innovation capability, LONGi concentrates on two major business sections, the solar product manufacturing and solar technology solutions, covering businesses of monocrystalline silicon wafers, monocrystalline silicon cells and modules, distributed power stations and ground power system solutions. And these will help the global solar industry to step up their development, motivating the rapid transformation of energy consumptions by the human being.

In 2019, the operation revenue of LONGi Group were recorded 32.897 billion Yuan, grew 49.62% on the year. Net profits belong to shareholders of this public trading company was 5.28 billion Yuan with a year to year growth of 106.4%. Total assets of the company were 59.304 billion Yuan, jumped up 49.53%. In 2019, the market capitalization had exceeded 100 billion Yuan in its maximum, overtaken other solar companies in the world in the same period.

The company has been ranked ЁАTier 1 PV Module SupplierЁБ by the prestigious research institute Bloomberg New Energy Finance (BNEF) in the world, and it has been assigned as the only AAA-Rated module supplier in the world by PV-tech in latest PV Module Tech Bankability Ratings released in Q1 2020. According to Q2 Solar Industry Update released by BNEF, LONGi has reached record bankability rating again on list of Altman-Z score, which indicated the company has strong capabilities on risk control and robust sustainable development.

In 2019, the company has a shipment of 4.702 billion monocrystalline wafers, grew 139.17% year on year, among which 1.846 billion wafers consumed internally. The sales volume of monocrystalline module is 7.39GW with an increase rate of 23.43%, and 0.97Gwas consumed internally. And there were 4.99GW modules supplied to the oversea markets with a recorded growth rate of 154%, with an annual ratio of 67% among all module sales.

The brand positioning of LONGi is on ЁАSustainable Solar Science and TechnologyЁБ. The principle of driving the productivities by science and technology is observed, and there are the higher rate of investments for research and developments in several consecutive years in the past. In 2019, the research and development investment had reached 1.677 billion Yuan, making up 5.1% of the revenues. The company has a research and development team of 630 employees, and 702 patents have been granted accumulatively. In January 2019, the facade side conversion rate of the monocrystalline silicon based bifacial PERC cell had reached 24.06% according to the testing results of CPVT, which had set a new record for efficiency bottleneck of 24% widely acknowledged by this industry. By the testing from TЈЙV Rhine, conversion efficiency of modules produced by the company had reached 22.38%, which had set another new world record for efficiency of module for cells.

LONGi always pursues the corporate cultural concept of "Reliable, Value-added & Delighted" to offer energy and excellent services to the society continuously. Relying on advantages contributed from its large-scale production, complete industrial chain, innovation, brand and talents accumulated in the long development term, LONGi is committed to develop itself into the most valuable solar technology company in the world. This will promote wider applications of energy solutions of ЁАsolar + energy storageЁБ across the globe, and benefit more people with green energy. Eventually, a powerful boost will be provided to drive the progress of green and low carbon energy transformation. 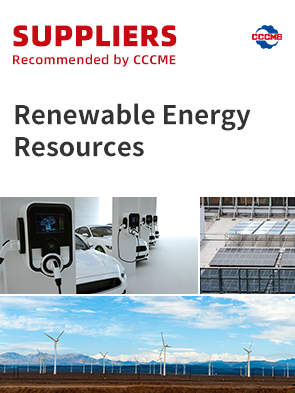