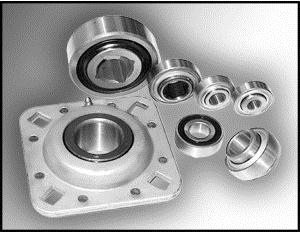 
We, KML Bearing and Equipment Limited (Formly known as Premier Bearing and Equipment Limited) specializes in producing and dealing in its own brand-name, KML, premium quality bearings. Since its establishment in Hong Kong in 1980, it has been one of the leading companies to export China made bearings to markets all over the world. Over 400 million pieces of bearing were recorded in its sales over the past 23 years. Presently, we are rendering its service through its subsidiaries KML Bearing Canada Inc., KML Bearing America Inc. and KML Powertrans Inc. for the market in Canada, in America and in all other places of the world. 80's 1984 We founded the first joint venture factory in Shekou, China producing tapered roller bearings. Production lines were imported from NTN, Japan. 1985 Our second joint venture was founded in Yangchun, China. Ball bearing production lines were imported from Italy and Japan. 1989 We introduced the fully automatic cleaning and greasing assembly production line for ball bearing. 90's 1992 KML was formally adopted as the brand of our products. Another joint venture was founded in Chongqing, China. This joint venture is not only known for its quality, but also the level of automation in production. 1993 A subsidiary was found in Montreal, Canada. 1996 A logistics centre was established in Toronto, Canada. 1999 KML was ISO 9000 accredited. 2000's 2000 We adopted the e-business strategy - KML by then positioned itself as an i-bearing factory. 2001 Wheel hub assembly of original equipment design was introduced. 2003 The full program of high-speed, high-temperature ball bearing for automotive application was developed. More+